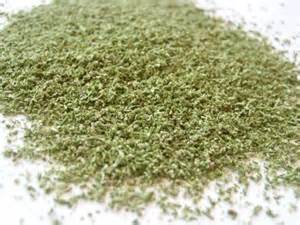 Especially in Indigenous circles, Rosemary is burned to purify things.

It is said to burn Rosemary and Juniper together to drive the staleness from a home after a long and lingering illness.

Rosemary is useful to accelerate learning in school or work. Sniff a sprig of Rosemary while studying to improve your performance on an exam.

Married woman may have keep a sachet of Rosemary near the entrance of her home (or under her bed) to ensure a faithful and obedient partner.

Cleanse, wands, and crystals with Rosemary oil. (Frankincense oil is traditional for this purpose, but Rosemary may be a better choice for the Green witch.)

Rosemary sprigs are pliable when fresh—weaving them into garlands and wreathes for home blessings are very common.

A Rosemary ritual bath or “tub tea” is said to remove worries and invigorate the spirit. You can also drink Rosemary tea for this purpose, it also tastes good in many receipes.

It is said that Rosemary bush in the garden is supposed to attract great energy and repel thieves .

Rosemary is a fragrant evergreen herb native to the Mediterranean. It is used as a culinary condiment, to make bodily perfumes, and for its potential health benefits.

Rosemary is a rich source of antioxidants and anti-inflammatory compounds, which are thought to help boost the immune system and improve blood circulation.

Laboratory studies have shown rosemary to be rich in antioxidants, which play an important role in neutralizing harmful particles called free radicals.

Scientists have found that rosemary may also be good for your brain. Rosemary contains an ingredient called carnosic acid, which can fight off damage by free radicals in the brain.

Some studies in rats have identified that rosemary might be useful for people who have experienced a stroke. Rosemary appears to be protective against brain damage and might improve recovery.

Some studies have suggested that rosemary may significantly help prevent brain aging. The therapeutic ability of rosemary for prevention of Alzheimer’s shows promise, but more studies are needed.