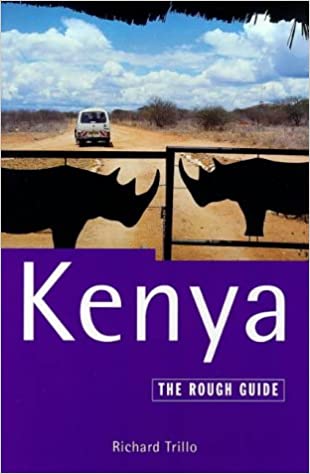 The Rough Guide to Kenya

With its long, tropical beaches and dramatic wildlife parks, Kenya has an exotic tourist image. Justifiably, for this is one of the most beautiful lands in Africa and a satisfyingly exciting and relatively easy place to travel, whether on a short holiday or an extended stay. The glossy hype of the brochures ignores the country's less salubrious images - its share of post-colonial poverty and political tension - but is true in its way and a valid enough reason for visiting. Treating Kenya as a succession of tourist sights, however, is neither the best nor the most enjoyable way of experiencing the country. Travelling independently, or at least with eyes open (something this book is designed to facilitate), you can enter the more genuine and very different world inhabited by most Kenyans: a ceaselessly active, contrasting landscape of farm and field, of streams and bush paths, of wooden and corrugated-iron shacks, tea shops and lodging houses, of crammed buses and pick-up vans, of overloaded bicycles, and of streets wandered by goats and chickens and toddlers.

You'll find a rewarding degree of openness and curiosity in Kenya's towns and villages, especially off the more heavily trodden tourist routes. Out in the wilds, there is an abundance of authentic scenic glamour - vistas of rolling savannah dotted with Maasai and their herds, high Kikuyu moorlands, dense forests bursting with bird song and insect noise, and stony, shimmering desert - all of which comes crisply into focus when experienced in the intense African context of an economically beleaguered country nearly four decades after Independence.

On the Indian Ocean coast, the palm-shaded strands of beach and an almost continuous, reef-protected lagoon are even better than the holiday brochures would have you imagine - no photo can really do it justice. And, of course, everywhere you go, Kenya's wildlife (see the colour section in the centre of this book and the complementary piece in Contexts) adds a startling and rapidly addictive dimension.

Physically, Kenya consists mostly of broad plateaux. The majority of the population live in the rugged highland areas in the southwest quarter of the country, where the ridges are a sea of shamba smallholdings and plantations. Ripping through the heart of these highlands sprawls the Great Rift Valley, an archetypal east African scene of dry, thorntree savannah, splashed with lakes and hot springs and studded by volcanoes. The walls of the Rift, and Mount Kenya itself, dominate the horizon for much of the time. Nairobi, the capital, feels like the centre of Kenya, but it lies at the highlands' southeastern edge, only a three-hour drive from the Tanzanian border. The famous game parks, watered by seasonal streams, are mostly located in savannah country on the highland fringes.

Further west, towards Lake Victoria, lies gentler countryside, less often visited. And in the north the land is desert or semi-desert - a surprise for many visitors - broken only by the natural highlight of Lake Turkana, almost unnaturally blue and gigantic in the wilderness.

Southeast of the highlands, separating the interior from the Indian Ocean, there are further arid lands. There, the barrier of the Taru Desert accounts in large part for the very different history and culture of the coast: a surprising and quite distinct Islamic Swahili civilization with a long historical record in its mosques, tombs, and ruins of ancient towns cut from the jungle.