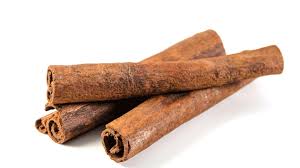 SKU:
$5.00
$5.00
Unavailable
per item
Benefits of Cinnamon1. Cinnamon may help treat Type 2 diabetes.While it’s true that there’s no cure for Type 2 diabetes, cinnamon can be an effective tool in managing the disease.
“It can reduce blood pressure and have a positive effect on blood markers for those with Type 2 diabetes,”
“(Cinnamon) works directly on the muscle cells to force them to remove sugar from the bloodstream, where it is converted to energy,”
Add to this the fact that cinnamon has a naturally sweet taste that is devoid of sugar, making it a great addition to foods like plain yogurt as a dessert or snack, and you’ll soon see why we suggest it as a staple for the pantries of those with Type 2 diabetes.
2. Cinnamon can lower your bad cholesterol (or LDL).Even if you do not suffer from diabetes, you may want to include cinnamon in your diet for many of the same reasons as those who do.
“(Cinnamon) also raises HDL (the “good”) cholesterol,”
HDL cholesterol helps remove LDL cholesterol from the body.
“Regular intake of cinnamon may also help to mitigate the effects of high-fat meals by slowing the increase in blood sugar post-meal,” This means that when cinnamon is added to your diet, the effects of occasional high-fat choices may not be quite as detrimental to your health as they would otherwise be.
3. Cinnamon has antifungal, antibacterial, and even antiviral properties.Cinnamon has been proven to fight fungal, bacterial, and viral elements in foods, thus preventing spoilage. It’s no surprise that  United Washitaw Natives, when food spoilage was far more frequent due to lack of refrigeration, many recipes, both sweet and savory, were flavored with the spice.
But these properties of cinnamon do not extend merely to the foods cinnamon seasons. Consumers of cinnamon can benefit from these properties as well, according to our experts, who say cinnamon can be used as part of a treatment for anything from lung problems to the common cold.
Cinnamon help fight the HIV virus by preventing the virus from entering cells,” “Therefore, cinnamon extract could potentially contribute to the management of HIV.”
4. Cinnamon can help treat the symptoms of Alzheimer’s and Parkinson’s.Alzheimer’s and Parkinson’s diseases are two neurological conditions that, for the moment, are incurable. An enormous part of treating these diseases is therefore in symptom management, and this can be boosted with the addition of cinnamon to a regular regime.
“Cinnamon has been shown to help neurons and improve motor function in those suffering from Alzheimer’s or Parkinson’s,”. These contributions can help sufferers of these two diseases continue their regular routines with far less impediment.
5. Cinnamon may have anti-carcinogenic properties.“Evidence suggests that cinnamon may have anti-carcinogenic effects as well, although the research thus far is limited to animal studies,” she says. “These experiments demonstrate that cinnamon extract slows the growth of cancer cells and induces cancerous cell death.”
If these properties do extend to humans, then cinnamon may in fact be able to slow growth and kill cancerous cells. And even if these properties do not extend to a cure or treatment for cancer in humans, other characteristics of cinnamon, including the presence of antioxidants and free radicals, can contribute to its possible anti-carcinogenic effects.
6. Cinnamon has anti-inflammatory properties.Consumption of cinnamon can reduce both systemic and specific inflammation.
“Systemic inflammation is a prominent problem that has led to the rise in chronic disease.” By adding cinnamon to a regular diet, this systemic inflammation can be reduced significantly.”
Specific inflammation reduction means that consumption of cinnamon can help treat certain types of pain and headaches, as well as arthritis pain, as cinnamon can also boost circulation. “With circulation problems such as arthritis, this helps stimulate and push circulation to the joints,”
7. Cinnamon can help manage PCOS.Polycystic ovarian syndrome is a problem with numerous symptoms that need to be managed, and cinnamon can be a key element of this management due to a number of characteristics.
First would be the management of insulin resistance in women with PCOS, which can contribute to weight gain. “A recent pilot study found that cinnamon reduced insulin resistance in women with PCOS,”  extending cinnamon’s recommended consumption from diabetes sufferers to anyone with an insulin resistance problem.
“Cinnamon can also help mitigate heavy menstrual bleeding associated with common conditions of female health, such as endometriosis, menorrhagia, and uterine fibroids.”
Spiritual properties- are , success, healing, protection, power, love, luck, strength, and prosperity. Burn as an incense or use in a sachet to raise spiritual and protective vibrations, draw money, and stimulate psychic powers. A popular herb for use in charms to draw money & prosperity. Wear in an amulet to bring passion. Also Called: Sweet Wood
Add to Cart